How many tech nerds does it take to change a sustainable light bulb? None. We just revolutionized the software. This is exactly what 3/4 of our co-founders were doing in Lisbon, Portugal over the past four days. 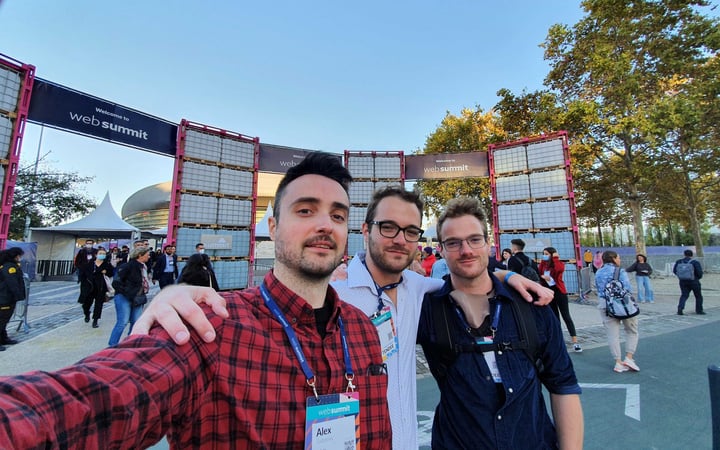 Three of the founding members of Arbor spread their wings, flew the nest, and headed off to Lisbon, Portugal. Sounds like a dreamy vacation, right? Well, when you're a bunch of tech nerds like us, is there any better way to spend time than on the Portuguese coast at the 2021 Web Summit?

After two years of the pandemic keeping us cooped up, in video meetings, and growing Arbor from our office (our home office most of the time) we were able to finally connect –in-person!–with the who’s who of international tech and meet some of the smartest people with the smartest solutions. And we are there to show them how our Canadian datasets company has the tools to solve some of the most common sustainability problems companies face.

“Since landing in the EU, the second I got off the plane, all I’ve been seeing is stuff about sustainability –from ads, signs and even graffiti saying “F*ck Fast Fashion”, says Alex Todorovic, CEO and co-founder of Arbor, “The number one thing that’s been coming up at the Web Summit has been sustainability, non-stop.”

Sustainability is at the forefront of the agenda in Lisbon while at the same time, world leaders and climate heavy-hitters are meeting for the 2021 UN Climate Change Conference, Cop26 for short, in Glasgow, Scotland. Since 1995, governments have been meeting to address our ominous climate emergency, and fulfill their treaty-bound obligation under 1992 United Nations Framework Convention on Climate Change to meet the climate targets as per the Paris Agreement, and save this darn planet of ours. The Arbor co-founders have been lucky enough to connect with some of these governments at Web Summit.

“Before the Summit even started, we were invited to meet with the Canadian Embassy and they introduced us to the Portuguese government and have become huge supporters [of Arbor]”, says Alex, “and through them, we have been connected to the Trade Commissioner offices in Germany, Norway, Denmark, Switzerland, Latvia, and Estonia.” - Talk about making note-worthy connections.

So what is actually happening at Web Summit coined “The Glastonbury for Geeks”? Well, when you get 128 countries, 42,000 attendees, over 700 speakers, and more than 1,500 start-ups there to make a name for themselves at a conference that’s, according to Recode, “the most striking conference in the world from a technological and entrepreneurial point of view” a lot of exciting things can happen.

There is a breadth of speakers from Ayo Tometi, co-founder of Black Lives Matter, Jen Wong the COO of Reddit, to Marcelo Rebelo de Sousa, the President of the Portuguese Republic.

The event was kicked off with Amy Poehler sitting down to talk with whistleblower extraordinaire: Frances Haugen, who on the first day of Web Summit said, ““Bad people and bad ideas are not the problem. The problem is who gets the biggest microphone.” on divulging the dirty dealings of Facebook. 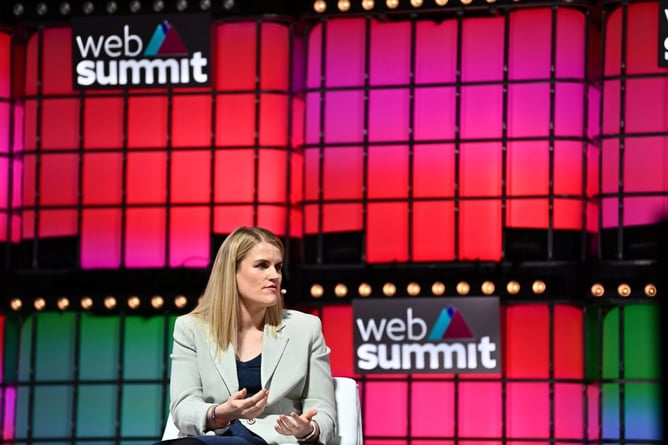 Almost as exciting as being granted an audience with world leaders –or let's be honest, even more for this self-proclaimed Fan Girl– the Arbor co-founders met the founder of VEJA, Sebastien Kopp. According to Danny Grande, co-founder on scene in Lisbon: “When the moderator thanked him for giving back to the community he said, ‘no we don’t give back. We pay people properly for the amazing work they are doing.’”

What is up next for the Arbor team in Lisbon? “We are super excited to meet with the organizers of Web Summit, and the Organizers of the sister event, Collision”, says Alex, “We are going to be meeting with the Plastics Coalition Group, and hoping to snag a meeting with the co-founder of Patagonia!”

Saving the planet comes in many forms –including, but not limited to, exclusive after-hours tech star parties. “I’ll leave the names and locations anonymous to protect the innocent,” say Danny, “But we ended up at a private venture capitalist/start-up party that was invite only, and they had to literally sneak us in because security was giving us a hard time since we weren’t on the list.”

What these venture capitalists know is that the future is now. To enact real and sustainable-driven policy, investments need to be made in companies –ahem, us– that can count and quantify the impact that companies have on people and the planet. Connections in the global community of driven and like-minded folks are what is going to lead to meaningful and systemic change.

- Carlos Moedas, the mayor of Lisbon and the former  EU commissioner of research, science and innovation from 2014 to 2019 said on the opening night of Web Summit

This is where Arbor and the power of data comes in. As a data science platform we sift through the environmental and societal details so companies don’t have to. We want to empower them with the ability to make green, by becoming greener. We give your company an overall sustainability score and show you how you compare to other companies in your industry.

As keynote speaker of Web Summit, Ayo Tometi, said, “Real people who care and are committed are the ones that drive change. What side of history will you be found on?”

Web Summit may be over, but our founders are only getting started. Follow us on Instagram, Twitter, and LinkedIn for more updates on what's in store for the next leg of their European tour 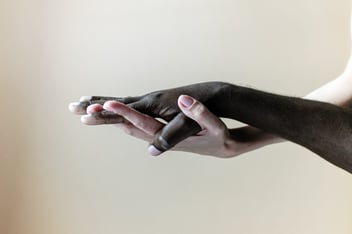 What is Corporate Social Responsibility?

Social justice movements have been gaining momentum in the world, from #MeToo to the Black Lives... 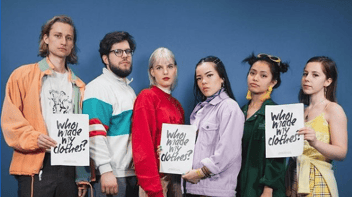 Fashion Revolution was founded in the wake of the disastrous Rana Plaza collapse on... 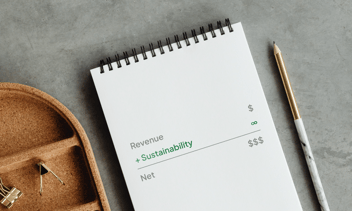